Cookies help us deliver our services. By using our services, you agree to our use of cookies. Read more here.

Hammarby football and Craft - the biggest collaboration in the club's history

- Launches four new match kits for the 2019 season in a record-breaking collaboration.

Craft, which develops, designs and manufactures innovative sportswear, is Hammarby Football's new supplier of clothes and merchandise. The partnership is the largest in the club's history and means that Craft not only becomes a supplier of match and training kits for the men but also for the women and all youth teams. Four new match kits have already been presented for the 2019 season: a home and away kit as well as a cup kit and a third kit. The agreement extends over four years with an option for another two years and came into force on January 1, 2019.

- Thanks to the agreement with Craft, we get the same opportunities as the bigger clubs in Europe in developing and influencing the design and function of our match kits and training clothes. We see proof of this today as we are launching our new match kits for the 2019 season and various training collections for our women, men and youth teams. The fact that we can also offer our women’s team match kits and training clothes with a design based on female rather than male players shows that this is a modern, great collaboration. We are extremely pleased with the cooperation with Craft on several levels."

Praised by the players
The players have praised the new kits and clothes, especially the materials, fit, quality and design. Several of the players also point out that they have never before trained in such comfortable match and training clothes.

- Although the collaboration officially started in January 2019, the work on designing the range has been going on for a long time. Several players as well as people within the Hammarby organization have been very involved in the product development - in the design process, choice of materials as well as right down to the detail level of the garment construction. This in-depth collaboration has been crucial to develop garments with maximum function and a design that expresses Hammarby's true soul. We are used to this type of arrangement from several of our other sports. Now we have taken the best of these collaborations and combined that with the demands of football and Hammarby's specific wishes – and the players' reactions to the garments have been extremely positive, says Stefan Persson, CEO of Craft.

Hammarby Football will be a Teamwear flagship for Craft
Hammarby Football's strong supporter base, well-developed youth organization, the fact that the women's team is part of the same organization as the men, and the club's expanded community involvement, make Hammarby Craft’s flagship of Northern European football.

- Hammarby is a unique club with its incredible supporters, the atmosphere at the stadium, impressive tifos and, not least, the serious focus on building a club able to advance deeply in the European cups. In addition, the size and quality of the club's youth organization is very impressive. Also, the fact that the women's football fits within the same organization was crucial for us. All this in combination with the club's CSR initiative and its well-developed sports office makes Hammarby our football flagship in northern Europe. Together we will establish Hammarby as a top club in several areas, says Stefan Persson.

2019 match kit
Hammarby Fotboll will play in a green-and-white striped home kit and in a yellow-and-black striped away kit. All pre-season and cup matches will be played in a cup kit featuring an all-white jersey, green shorts and white socks. Hammarby will also play in a single-color dark-green third kit with pink accent colors on selected occasions in 2019.

- The home jersey has a green-and-white striped design with lots of new features and attributes. The away shirt builds on the tradition of tiger stripes and all match kits include new exciting elements regarding design and shape. There are three historical club crests in the neck and the text "From Södermalm" is printed on the inside of the collar. The club crest is made with a new technology and the chest sponsor is completely integrated in the fabric of all the shirts. In addition, there are small exciting woven patterns and customized seams in all match kits, says Patrik Blomquist, Marketing Manager of Hammarby Fotboll.

A message from Samhällskraften – Hammarby Fotboll
The pre-season and cup kit will be without sponsor logos in favor of Hammarby's CSR venture, Samhällsmatchen, which will adorn the chest and one sleeve.

- We start the year playing in an all-white jersey with only one message on the chest, which is the logo for our CSR program Samhällsmatchen. To highlight our important CSR program, we have chosen to play in the white shirt throughout the pre-season and also in the Swedish Cup. It is an important stance on the part of the club since we are truly serious about our expanded community commitment and we hope and believe that everyone should feel that the club's match jerseys are now at a really high level. At the same time, we must thank all our sponsors who made this possible. Everyone is equally involved in this venture, says Patrik Blomquist.

Craft is a Swedish brand developing, designing and manufacturing clothing and gear for endurance sports and team sports where performance and comfort are crucial for optimal result. Working closely with elite athletes across the world, Craft offers innovative training and competition apparel and footwear.  www.craftsportswear.com 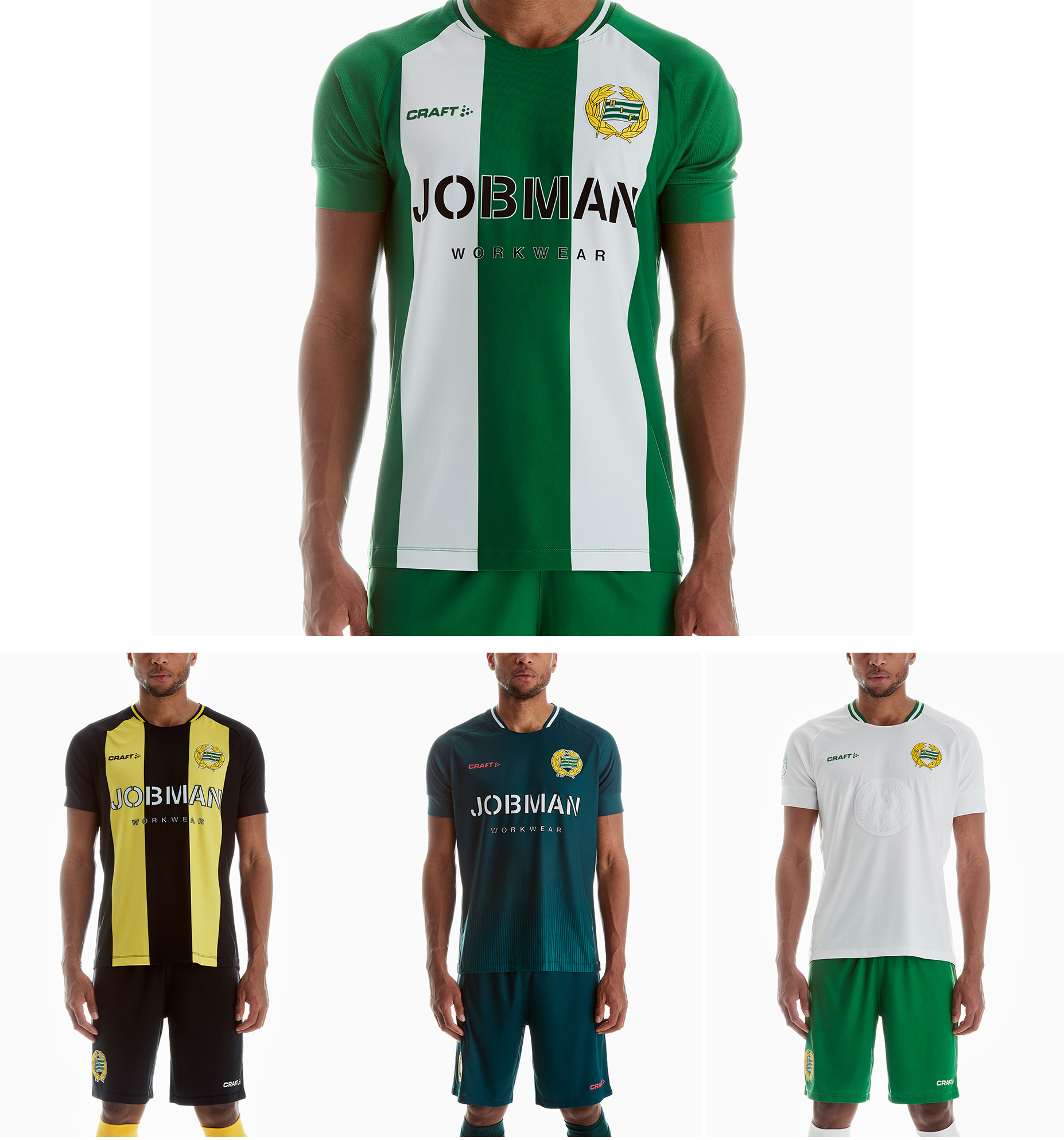